For Just One Day - Tanjung Sepat 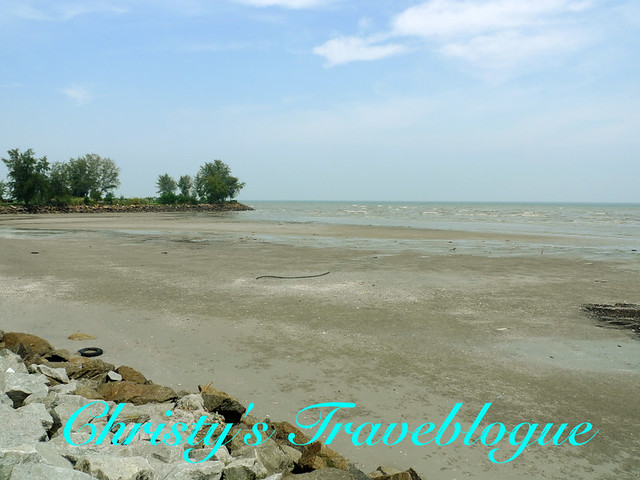 Ask any city dweller their ideal concept of a short getaway and you will probably get majority of the responses in the direction of heading out of the city; to the outskirts of the city and there is no doubt images of sea, sand, lush greenery, blue skies and the serene sounds of nature would fill their minds.
Well, majority, that is.
(I would not mind going to another city though; or say no to that idea, because I have such strong love for cities. It is in the blood).

It is not that we do not have blue skies or even that slightest sign of nature in the city; maybe not really that blue on days when it is all shrouded in the thick haze (which is pretty much most of the days), and we do have trees, planted on the roads where we travel to work every day. Young budding trees which peek out with their thin and frail branches in that peek-a-boo manner as they stand in that well-distanced line along the road dividers, choking in that massive clouds of carbon monoxide while doing their best to breathe and balance their supply of oxygen and carbon dioxide at the same time.
That, is pretty much our definition of blue skies and nature in the city.
Maybe not to such an extent, though there is still that truth in it and adds to that longing in the hearts of the urban folks to crave for that fresh crisp air and the sweet sounds of nature once in a while. 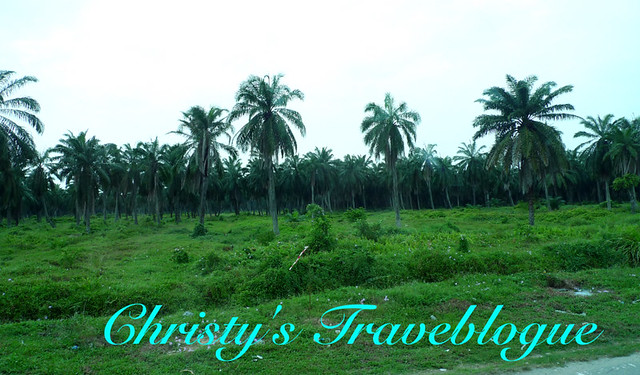 If you are living in a city, you’d understand.
(City-born are still quite used and have grown accustomed to their environment, but anything out of their daily surroundings will still fascinate them to the core – just make sure that the conditions are bearable with no cripple in their basic needs).

That is why you always see city folks jump for joy whenever they are presented with a simple view of the sea and sandy beaches, along with verdant greenery and dense jungles. It immediately brings peace and calmness to their senses.
While there are many locations out of the country promising such ideal getaways, there are also plenty to be found locally and one need not look too far to search for it.
If you are living in the city of KL, one of the nearest location and one of the best hidden spots (until recently) is this little fishing village town along the coastal shores of Selangor.

Just a few kilometers; or 15km north of Bagan Lallang (another popular destination), Tanjung Sepat is a homegrown coastal town in the Kuala Langat district of Selangor (the state bordering the Federal Territory).
This humble town is all about fishery; with most of the economy centering on the fishing activity and also the trading of their haul from the sea.

Of late, the town has caught the attention of many, with the boom of the Sepang Gold Coast which attracted many visitors to take that trip off the beaten path and landed them in this small fishing village of a town.

The size of the town and its location tucked away far from the city makes it relatively easy to navigate and even to explore on one’s own.

An itinerary would not be too much of a fuss to plan, for the locations are focused in a few primary spots and do not need much traveling distance from one to the other.
The laidback nature of the town is one of the main attractions, and their specialties, while may not rival the long lists of other tourist destinations are still held proudly by the locals.

One Day, that’s all you will need to explore what Tanjung Sepat has to offer.
(and that includes a seafood meal with the seafront view as well)

Start the trip early in the morning; it takes approximately 2 hours or so to drive from the city to this town and be ready to enjoy the views of the beckoning sea as one reaches the part of the outskirt, or coastal area of the Selangor state.

There are a few farms to explore, and as I was on a guided tour (it was a trip courtesy of my company), we stopped by the Dragon Fruit farm.


The Multi Rich Pitaya farm is an eye-opener; well, at least for ignorant city folk like myself, presented with that opportunity to see the dragon fruit locally grown in their modestly sized plantation. 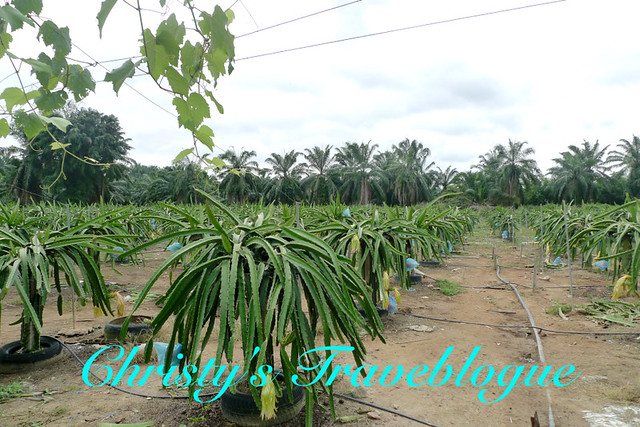 It is my first time, seeing that very tree, or rather cactus-like plant sprouting the baby dragon fruits (in their stages of growth).
The plants were somewhat terrifying to me; in their expansive flourishing style (some even sprawling-like) with the fruits growing on the ends of their seemingly sharp claw-like branches. 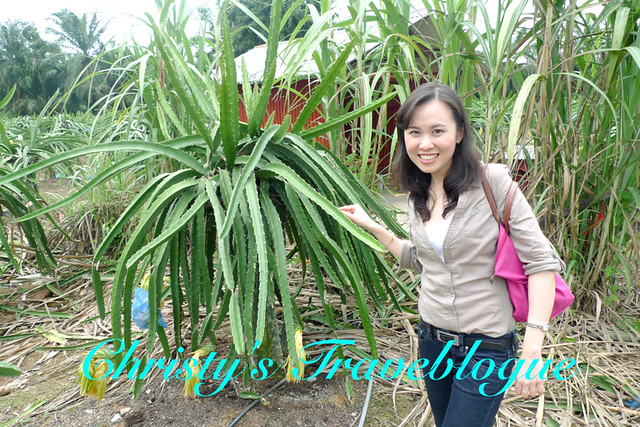 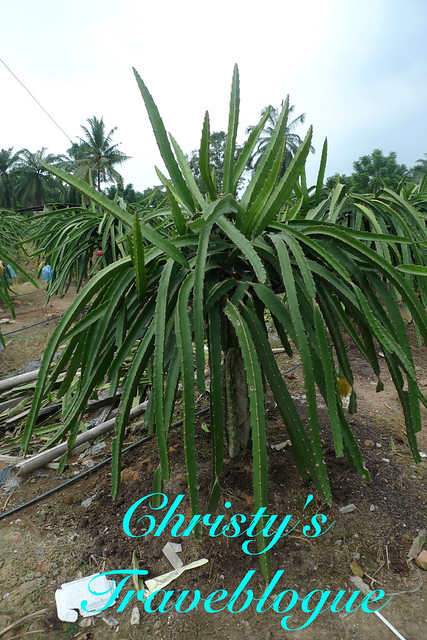 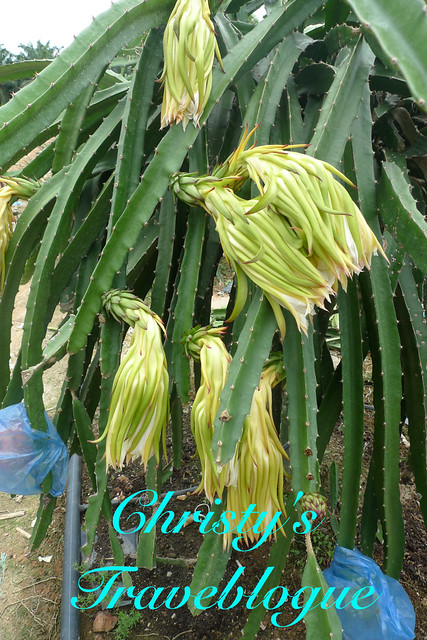 The pitaya fruits (the more generic term for the dragon fruits, as they are also known) are wrapped with plastic bags to avoid birds pecking at them, or insects drilling into the fruits for commercial reasons.
These fruits are popular among the locals and are also exported in multitudes to the cities and other states, some even to overseas (for the larger plantations.
(The wrapping of fruits with plastic bags or newspapers is commonly practiced, as a way to protect the fruits from damage, be it for commercial reasons or even for personal consumption). 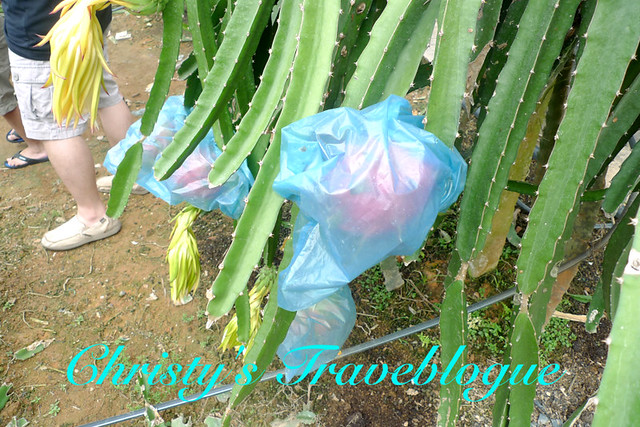 The fruits are also available for sale, and it is fascinating to note, as the growers also generously demonstrate, that the fruit can be consumed in many ways.
From direct consumption of the fruit to the extraction of the juice, there is no doubt the natural sweetness of the fruit promising that relishing taste is the main reason for its popularity. 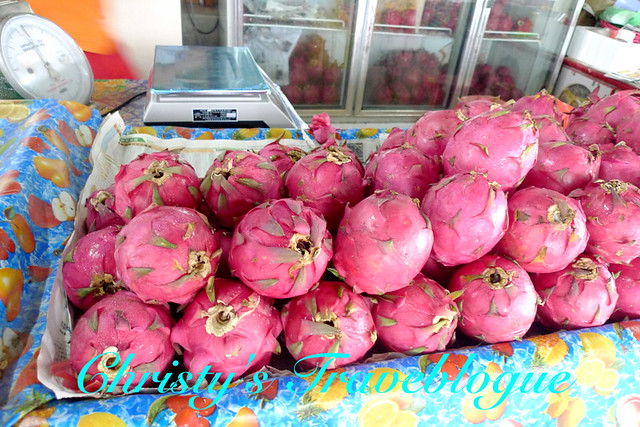 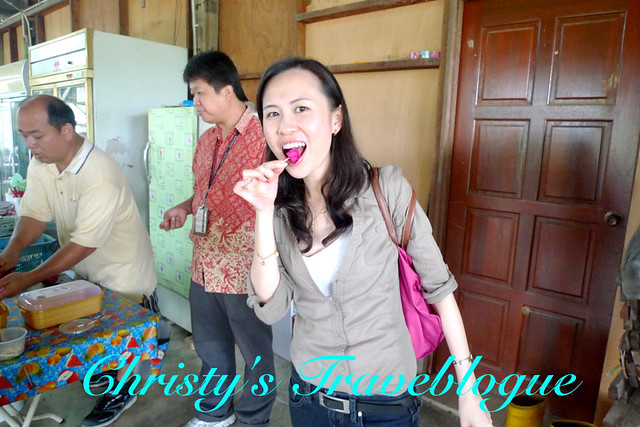 There are two types; with the colors of the flesh being the key difference, mainly the white and the red, and here in this farm, they are harvesting the version with the red flesh.
The red is the more popular version, due to the sweetness but the white flesh is the one believed to provide the health benefits.

Fresh dragon fruits, and the flesh was excitably fresh and bursting with sweetness.

Fresh consumed just like that, where they generously allow rounds of sampling, the fruits are sold by weight or based on the general bulk by their stated price.
It was quite reasonably priced and freshness is guaranteed when you buy straight from the farm.

Enjoy the freshly made juices, or even take a swig at the ice sticks made with the fruits themselves. 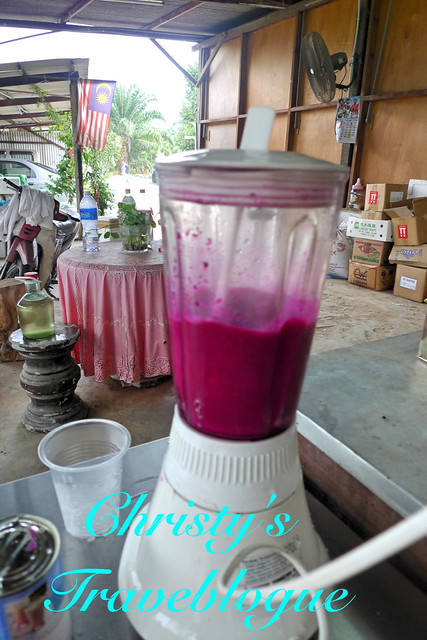 There is no doubt that this is indeed a very popular fruit; not just for its flesh and health benefits but also for the enjoyable tastes and its color have also made its way into the natural coloring ingredients to substitute the artificial coloring. 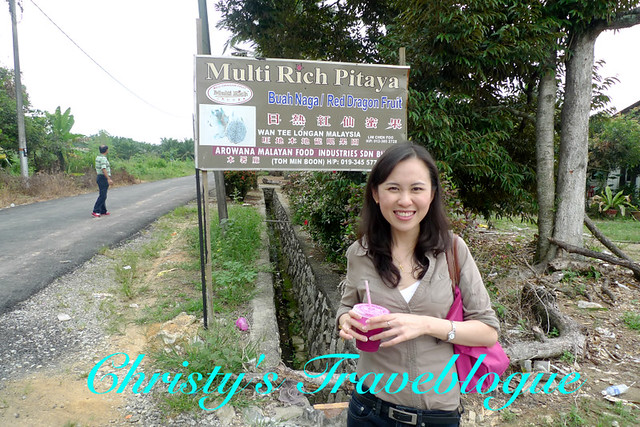 Gano Farm is also another of our stop; introducing the various types of mushrooms. 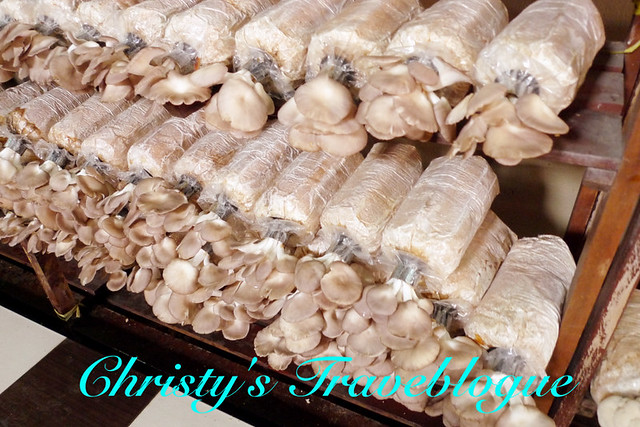 A Visit to a Potato Chips Factory

The making of plant-based chips 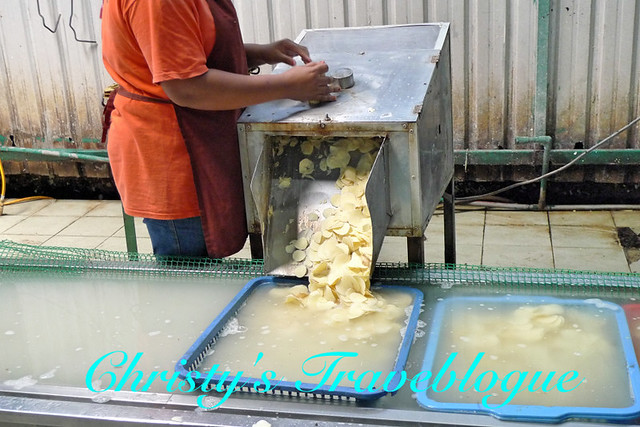 Fish-based products are definitely familiar grounds for the local traders, and one can easily find a shop lot functioning as a mini factory, arduously processing the sea products into fish balls, fish paste and other fish-based products. 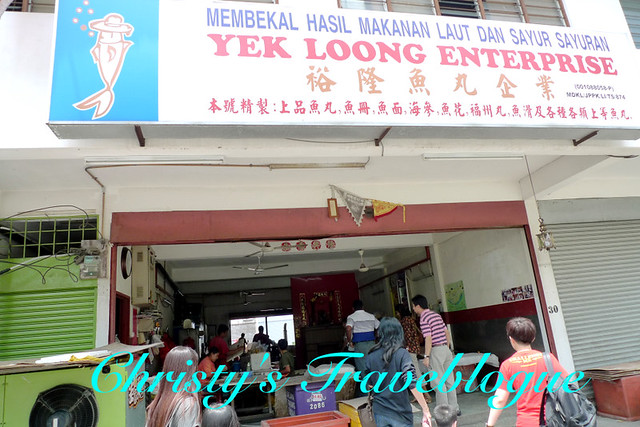 (Tanjung Sepat boasts of their locally handmade fish balls and fish pastes, which are proudly fresh and springy in that bouncy texture, perfect for fish ball lovers ). 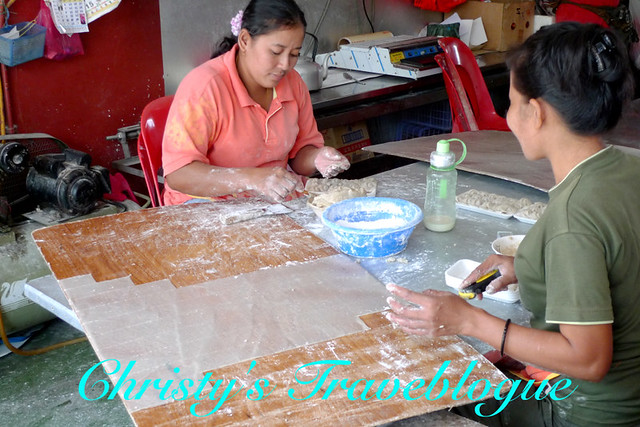 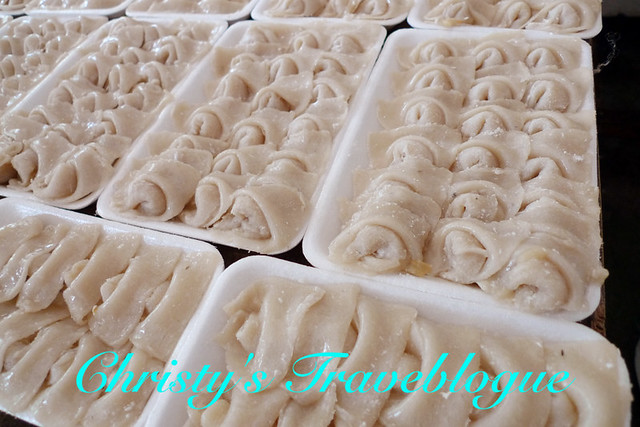 A side visit to a small home coffee trader taught us a little bit on the coffee beans and also the art of making coffee. There is even an old-fashioned coffee making machine to be found in the home. 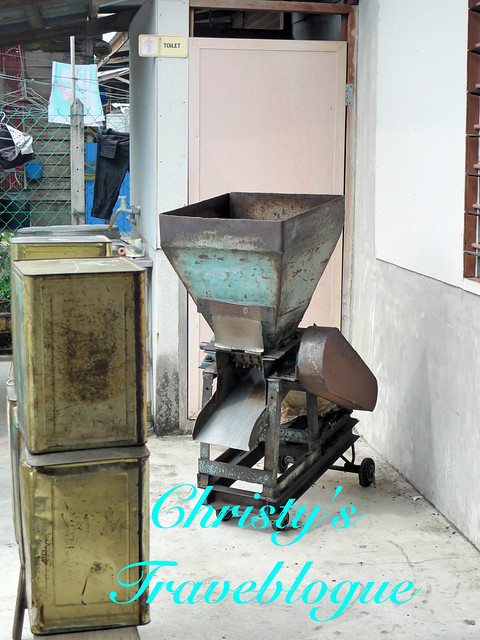 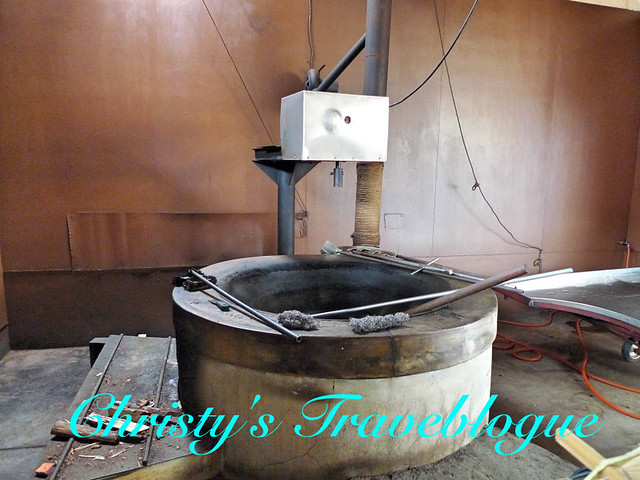 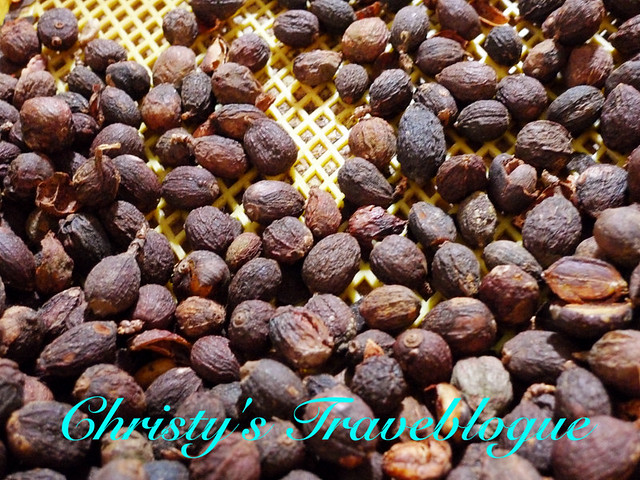 While perhaps irrelevant to the core of the town, it was still an interesting side visit.

Enjoy lunch at one of the seafood restaurants, or even dinner, if you would like to stay until later in the evening.

I was not particularly intrigued with the seafood, which I personally have tasted better elsewhere in other seafood-famed states or towns.

One simply should not leave without a visit, or even taking away the famous pau (steamed buns stuffed with filling of pork, sweet red bean or lotus paste) and watch the pau-making process from that tiny glass window. 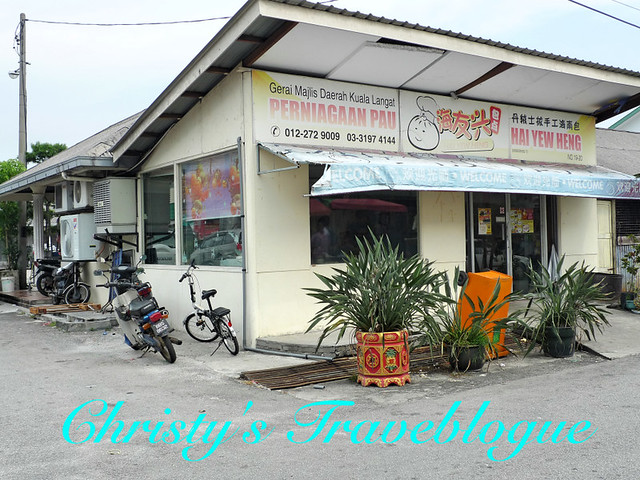 The small size of the shop is not to be belittled for the pau business is massive and incoming orders kept the bun makers busy throughout the day. 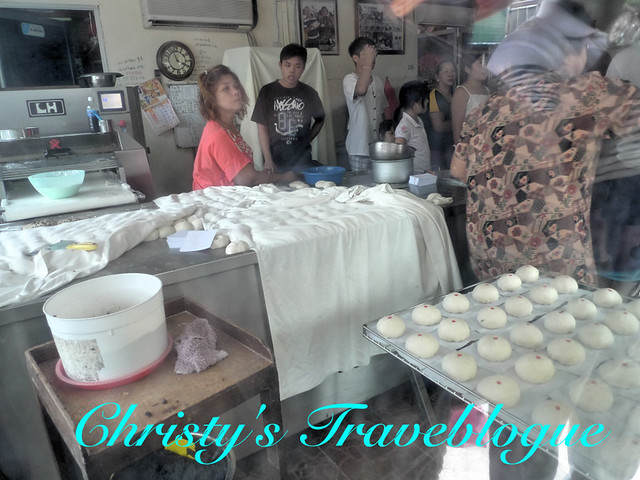 (It is advised to place your order early and collect them before you leave the town, or risk the long queues or even disappointment of the unavailability of the buns at the end of the day when they are all sold out).

A few things I may not have covered in my trip, which included the famous Tanjung Sepat Lovers’ Bridge which was dangerous in its state and at the risk of falling down (which it did after that – read here, thus the reason for it being closed off to public at my time of visit)

I have also missed out on the Seafood Steamboat and the Seafood Bak Kut The (usually served with pork), but I guess that would warrant another visit?

In a nutshell, it is just an ambitious task of a day but Tanjung Sepat is definitely one gem of a fishing town fast growing in its popularity in the tourism segment, attracting local visitors from the cities and other states, with its humble offerings and hidden treasures proudly displayed for all to enjoy.

All in just One Day, and one can momentarily take one’s mind off the hustle bustle of the city! 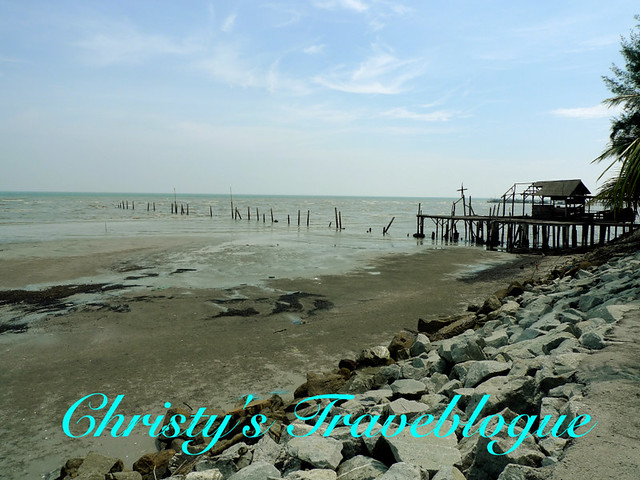