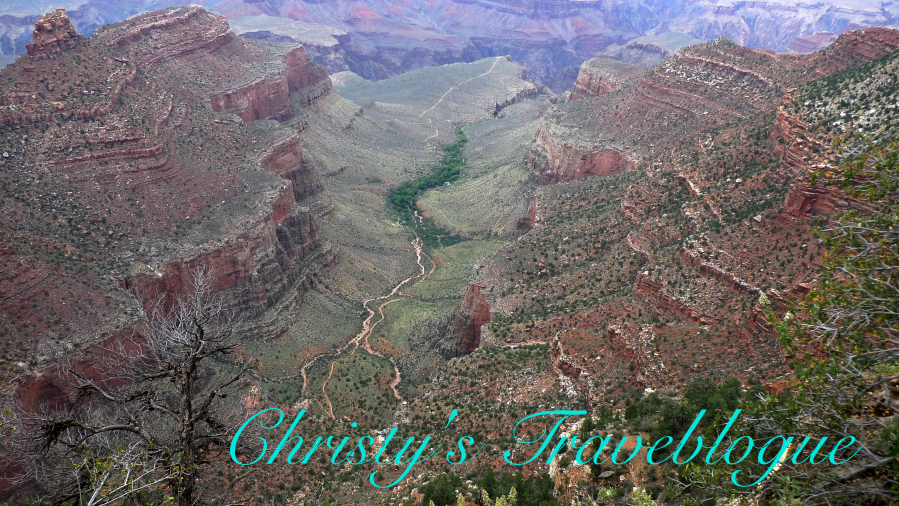 A natural landmark that fills me with awe, backed by its astounding history dating back to almost 20 million years of geological changes and processes to its amazing and breathtaking formation today.

Grand Canyon is aptly named, and lived up to the glory of its given adjective description, or more, for this is one sight to impress, with the splendor and beauty of the carefully crafted landscape and all entirely works of nature. It does seem its grandeur in physique is paled with just one single adjective to describe its wonder. 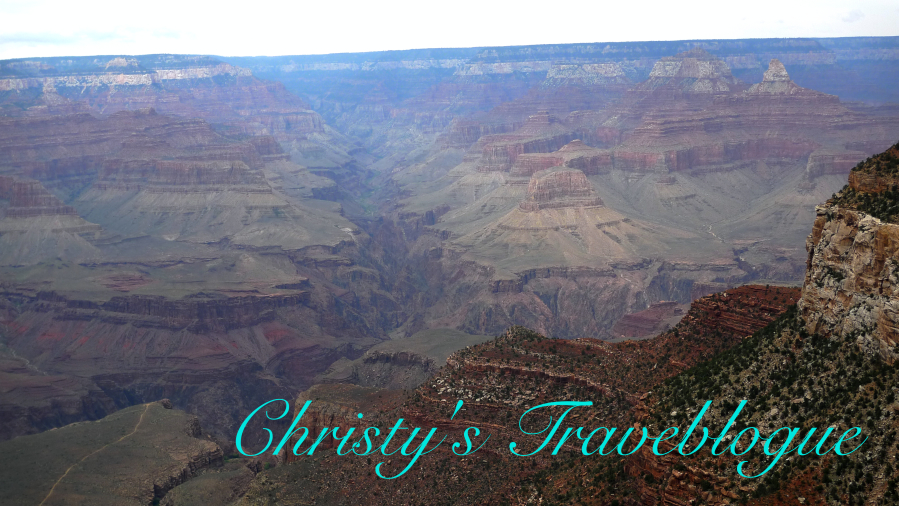 It is impossible not to be captivated or be entranced by the impressive sight when one stands and take in the scene, and everyone who has been to the Grand Canyon National Park to witness the amazing Grand Canyon can attest to that, and the list is endless.
Even President Theodore Roosevelt was taken by awe, an impression further strengthened by his words quoted, when he visited the site in year 1903.
"The Grand Canyon fills me with awe. It is beyond comparison—beyond description; absolutely unparalleled throughout the wide world... Let this great wonder of nature remain as it now is. Do nothing to mar its grandeur, sublimity and loveliness. You cannot improve on it. But what you can do is to keep it for your children, your children's children, and all who come after you, as the one great sight which every American should see." 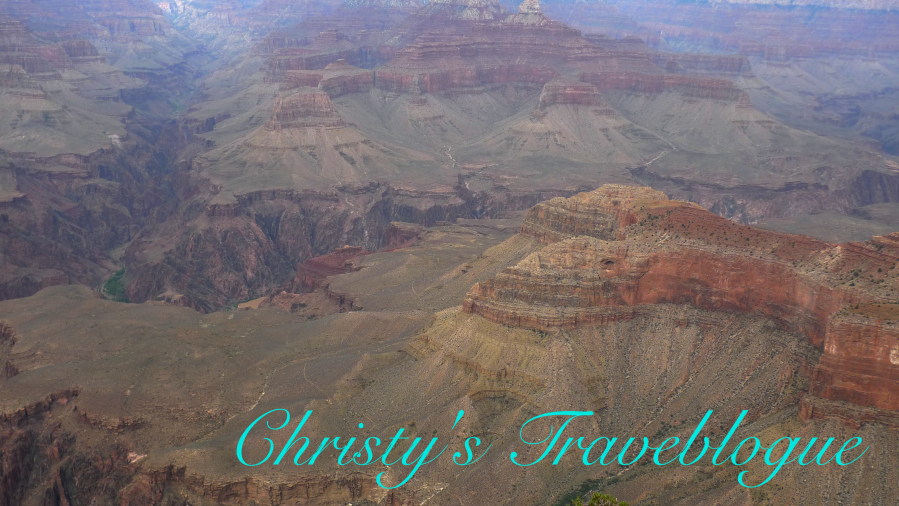 Grand Canyon owes her attractive attributes to the Colorado River and the elevation of the Colorado Plateau, a process which took millions of years with the many branches of streams stemming from the main Colorado River penetrating and slicing the channels across the plateau by the layers. The activity occurred in continuity and slowly led to the formation of the natural shape of the boulders evidently displayed in the enthralling landscape of the canyon.
The technicalities of the formation and the scientific facts of the Grand Canyon is an interesting read, with most of the elements associated with the field of geology, and one can even take a tour in the Grand Canyon Visitor Center located at the South Rim of the canyon where large boards display the facts and stories behind the Grand Canyon in a detailed and interactive manner. 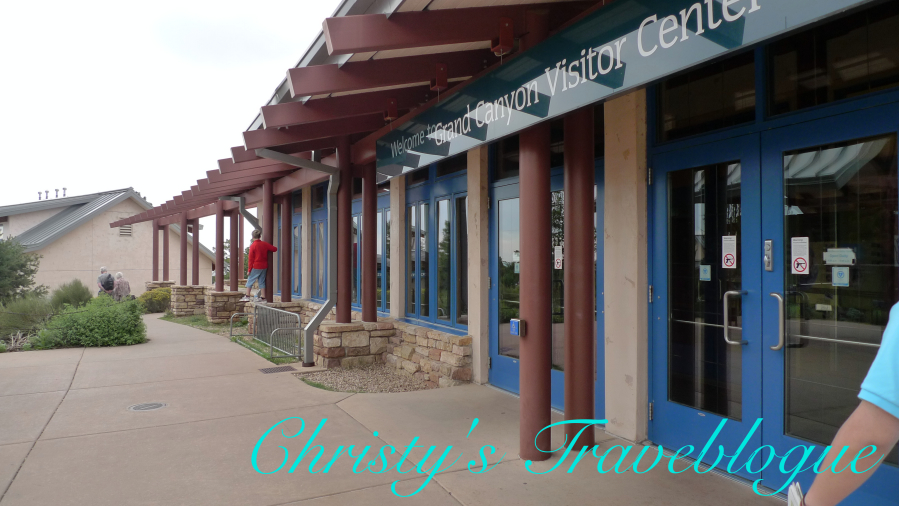 (Inside the Grand Canyon Visitor Center) 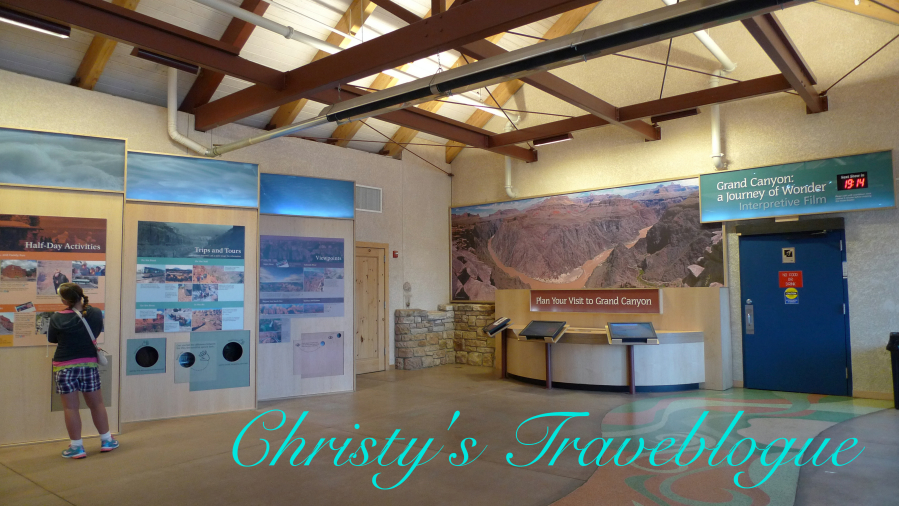 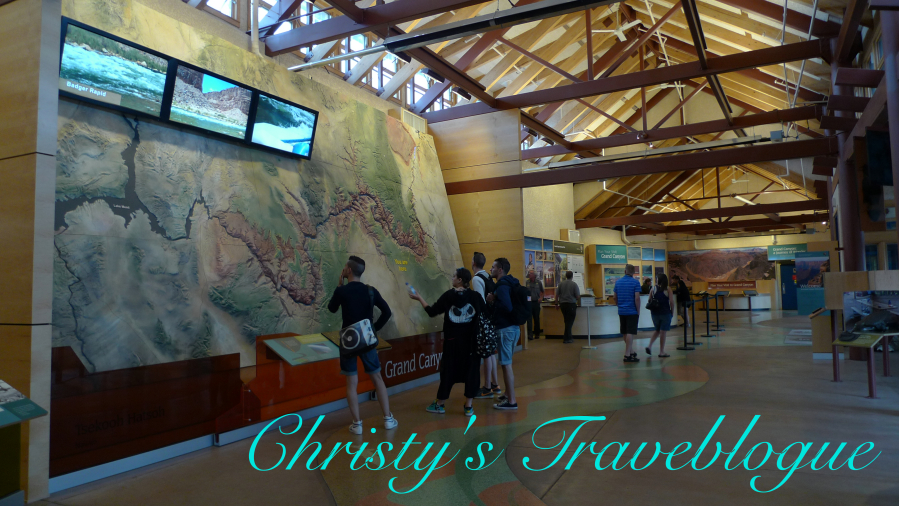 While the Grand Canyon can be viewed from its North and South Rim, it is the latter which is brimming with activity and provides one of the more spectacular views of the canyon, and the former is a much quieter zone, though it can still be accessed by the Arizona State Route 167.
The South Rim is popular probably due to the establishment of the Grand Canyon National Park, which drew most of the visitors and geology enthusiasts to the site with the availability of accessibility and resources (or view) of the Grand Canyon. 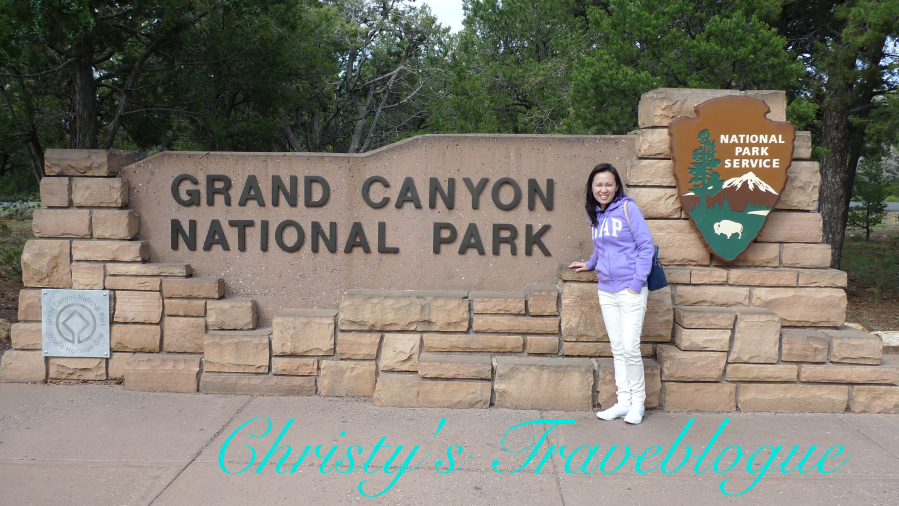 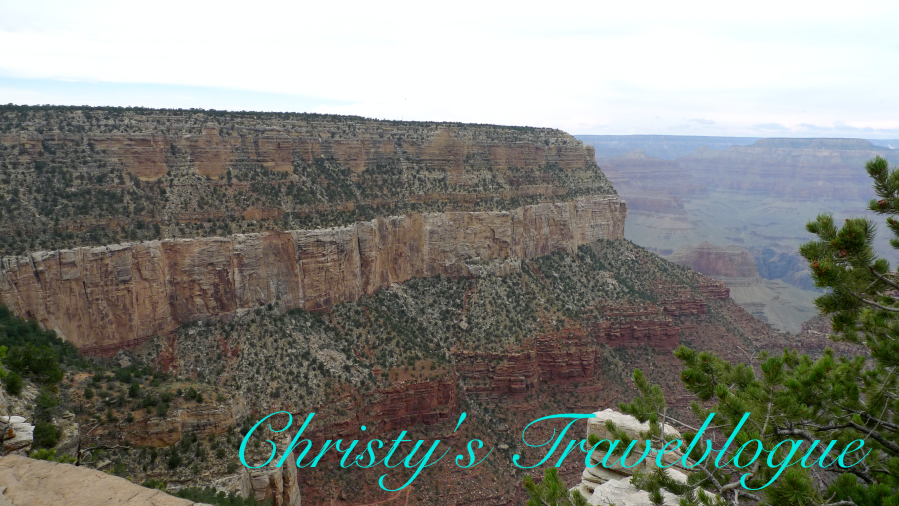 The technicalities behind the entire story of the canyon’s formation could take more than a simple post to describe, and I may not be the best expert to explain but simply put, if one is imagining or wondering the sight of a canyon, just think of a super sized basin or a bowl.
It is basically a river basin; which is formed by continuous processes of erosion.
Think of the water, flowing from streams, gently touching the rocks as it flows, and as time goes by, it erodes (practically lightly ‘eating’ away at the surface of the rocks, causing some parts to diminish or deform). The process is not an immediate one to the naked eye, and takes years, millions of years to create an impact, which explains the timeline of the formation of the Grand Canyon which dates back to, and well, debated still, to an approximate of 17 millions of years ago.
The multiple layers of the canyon are also caused by the uplifting of the plateau, filled with dense forests and the crossing, or intersections of multiple streams (also known as tributaries) cutting across the rocks, gently or deliberately forming the natural shape of the walls which appear like the side of the basin and that, forms what we term as the canyon. 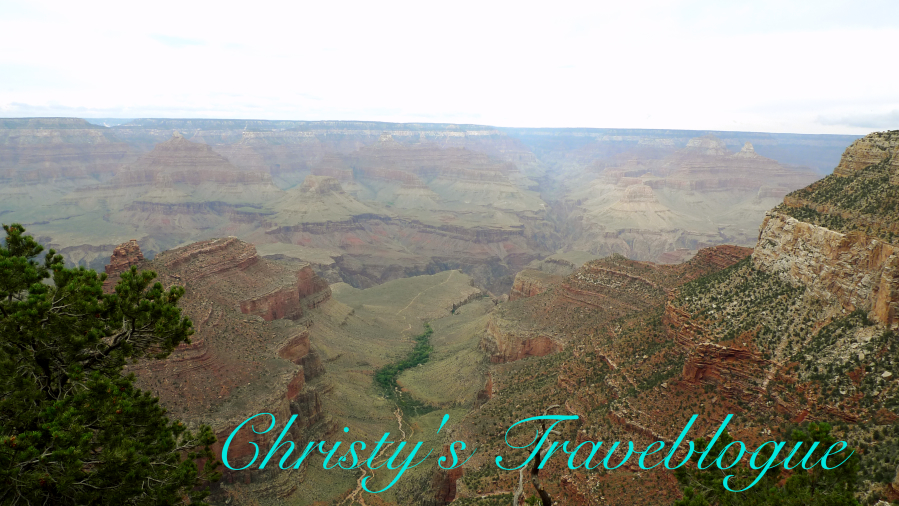 The Grand Canyon is indeed a sight to behold, and is the pride of the state of Arizona, in which it is located and no doubt, of the United States of America as well.
The beauty and wonder of the natural landmark is so treasured that it is under the federal responsibilities to preserve it, and as their former President Roosevelt mentioned, “for generations to see”.

The Grand Canyon National Park Act was put through and successfully approved by President Woodrow Wilson, and thus became one of the most visited attractions in the nation, attracting tourists from the nation and worldwide to witness the magnificent wonder that America stands proudly for as it sits on their land.

Americans, and the state of Arizona have every reason to be proud, for the Grand Canyon National Park was not only one of the nation’s oldest national park, it is also recognized and announced as one of the UNESCO heritage sites in the world.
If that is not enough, the Grand Canyon even earned its spot and put on the list to be considered as one of the World’s Natural Wonders, or famously known as the Seven Natural Wonders of the World.
While the list evolves with a few exceptions of permanent residents, to be even considered to make it to the list is honorable enough and says much about the greatness of one landmark, and for that, Grand Canyon definitely stands tall in its might, while maintaining its dear spot in the hearts of all the Americans.

There is no end to the praises for this amazing landscape, and words alone do no justice to describe its breathtaking sight.
While it was said that the Grand Canyon’s scene is at its best under the sun, where the light enhances its striking features, the dazy weather still failed to mask the natural beauty of the canyon.
The weather was rather cool at the site; considerably, compared to the rest of the state of Arizona (which is warmer), partly because of its geographical location where it is slightly elevated and located on higher grounds.
Clouds and light breeze accompanied me on the day I was there at this amazing landmark, and it appeared that it was also the low peak season then, possibly due to the eluding clouds which blurred the natural colors of the canyon.
The sun acts like the natural lighting to magnify the rich colors of the layers in the canyon, and is naturally the preferred background when one takes in the view of the Grand Canyon, despite the heat one has to endure.
Pro and con definitely, but I can still attest to the fact, that the stunning view of the Grand Canyon is unfazed by the misty state, as my jaw still dropped (literally) when I had my first peek of the canyon as I stood at the edge of the viewpoint. 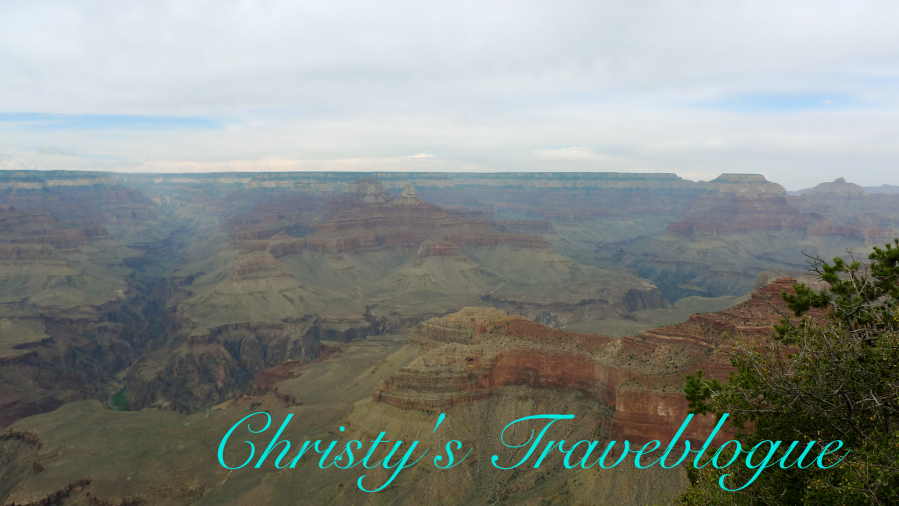 The image of the Grand Canyon, packed with the complexity and beautifully carved child canyons amalgamated with the depth, size and the colors contributed by the varieties of rocks sitting on layers (they were believed to date even back to the Precambrian times), definitely sticks in one’s mind and perhaps, I would say, secures a permanent position in one’s memory for life.
At least, I would say that for myself. 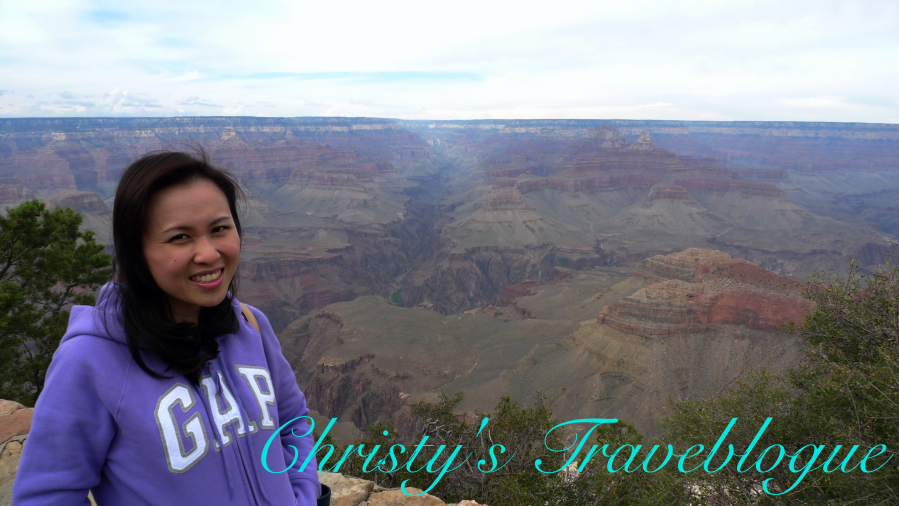 This is definitely deserving of one of the wonders of the world, and I definitely would call for it to be preserved though I am sure it is pretty safe in the hands of the nation, and furthermore, UNESCO has definitely spoken with the granting of the heritage title.
President Theodore Roosevelt, you have definitely spoken everyone’s mind with your words and I can’t agree more, for those, were my sentiments, exactly.

May Grand Canyon continue to be preserved in its natural and pure state, for generations to come and be awestruck by its allure and exquisite demeanor. 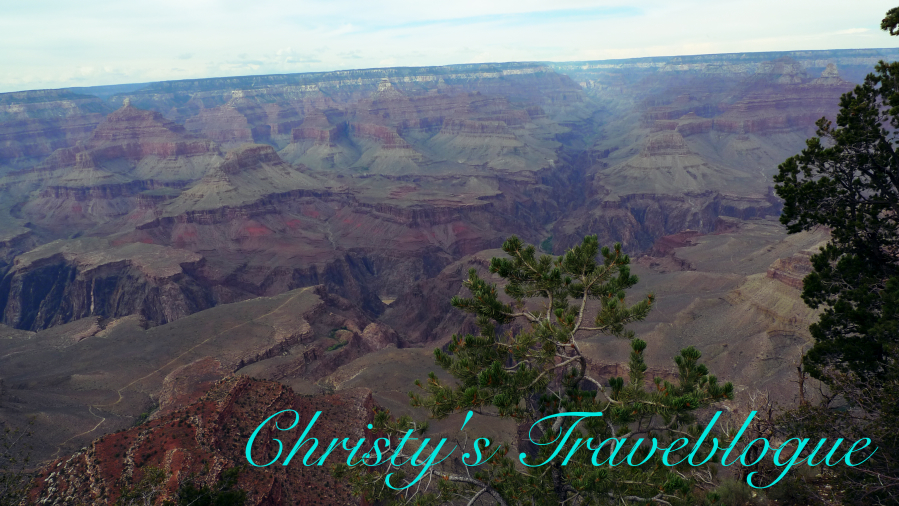 I look forward to be back, Grand Canyon!

Posted by Christina Kim at 2:31 AM