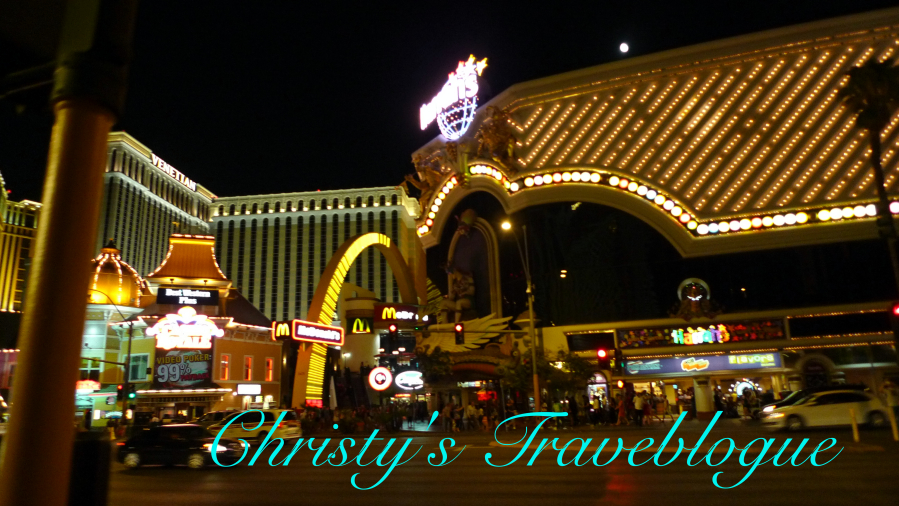 Las Vegas, or Sin City, whichever you call it, is a much publicized city in the movies, commercials, anecdotes, that it has risen to that prime spot for reputation internationally.
So much has gone into that fame that Vegas is today a world tourist destination, and I am sure the locals couldn't be more pleased (in whichever context) with that pouring fortune coming in from all the tourism and of course, the investments in their luck here at the well-established landmarks surrounding the center of the city.

Like many around the world (I am sure many have the same initial perception as well), Vegas, to me, is this city of entertainment and filled with many 'interesting' activities; particularly skewed towards the more adventurous side.
The city is like a large Wheel of Fortune to me; where one can spin or look all around the city and rest his/her eyes on something that would catch their eye or that probably just looks fun, in their very own perception.
It sounds like there is something for everyone to do in Vegas, but to be honest, is that really as they make it out to be or is it just another promotional tag for the travel brochures?

For many, there is no doubt Sin City has its own foundations to build to its reputation/name and it is definitely not wrong to land in that perception. Gambling, or trying their luck at making it big at their fortunes (as they call it) is just one of the vices to begin with. Gambling sounds like a harsh word, definitely, but we are not far from the truth. To soften the allegation of the negative aura surrounding the word, it would definitely be more acceptable to look at it, or even refer to it as one's attempt to try their luck.

Sampling your luck, or just taking it up as a challenge is probably a fun way to look at it, and it certainly is when one is just simply in it for the fun. However, often some get too carried away that they no longer focus on the fun and have indulged in the commitment to the table; staying confined to that space until they have lost focus on their loss and are intent on continuous investment of their fortune, just betting on luck. Scientifically, it is not all about luck when it comes to gambling, as there is a certain probability tied to it, but that is only made known to certain individuals who probably wrote a thesis on it (and made big fortunes with their science knowledge).
The point is, when one starts to believe seriously and lose themselves (and money) in changing their luck, and lives on that table, that is when this becomes a vice, and negatively so.

I am not an advocate of gambling; never was, and that was probably why I had never see that as one of the attractions in Vegas. That is just me, though I do find it fascinating the creativity invested in these fortune makers and masterminds behind the casinos, in coming up with many different types of modes/machines/avenues to cajole people from all over the world and we are talking about diversity here in masses, to just place their bets (their fortune) to contribute to these folks' fortunes.
Walking through the casinos, I would never be even tempted to even attempt a coin slot to try my luck; simply because I am not just a strong believer of pure luck.
(That's probably a different topic altogether, and it's not because I am just so negative about the lack of luck or anything like that). Neither am I a weak-willed person who cannot control myself and just fall into temptations; no, it's just not like that. I just don't like to gamble, or placing my trust and fortune on a machine/table, period.

There may be many people enjoying it, but I am saying, that if it doesn't lead to any negative emotions or situations, then it would be considered fun, otherwise, I am not sure that I like the idea of how it changes a person to the darker side.

Las Vegas can be a very vibrant city that comes to life, especially at night, obviously.
I liked how happening and lively the city is like, but at the same time, it could get a little rowdy and packed at the same time. Crowds can be suffocating, merry, gay and yet disturbing all in the same context. I probably made this sound confusing, but you get the idea.
It can be exhilarating and adrenaline-pumping to see how excited people get, and how people are just so open and fun to be around with in the large crowds. It is as though there are no boundaries; it does not matter where you are from, who you are, why you are here - everyone is just there to have fun.
That is the interesting part about Vegas, or even United States for that matter, where total strangers could be hugging or placing that high-five and just start a conversation with anyone in a friendly manner just right there on the spot.
Loud music are playing everywhere in Vegas, and that's where people would sing or even dance along, mind you, and it's all normal to see dancing on the streets.
It is just pure FUN, and I am amazed at how people are able to take that term "Let your hair down" to that extent, and I just love that concept.

At the same time, some could tend to get too close to comfort, especially the drunk crowd or those over-friendly people and social problems tend to come to mind. It is no-brainer that one has to watch out for their belongings; not just in Vegas, of course, but it is good to put your guard on (especially if you are a lady) when being pushed around or shoved(probably squeezed a little) in that mass of crowds. Definitely not for the claustrophobics, I would say.

There are just so many things to look forward to in Vegas, as I have covered in my previous articles, and I am sure there are more on others' lists compared to mine.
It is all about fun, and having a good time in this city, as we have all seen in movies depicting the atmosphere of the city (and it is always at night, if you have noticed because that is when the city really, really comes to life) and I can't say I fully disagree.
That's probably why the city is a little over the top in the commercialization part; and to a certain extent, the city probably is just too commercialized to my liking.
It is not a bad thing, of course, particularly for the financial and commercial growth of the city but when things become provocatively commercialized, identity takes on a different turn and in a totally different light.

In a nutshell, Vegas is a city which is just so full of life and excitement that it is not for the conservatives or the faint-hearted.

Visit Vegas with an open mind, and take in what the city has to offer rather than setting your very own levels of expectations, just like how traveling ought to be anyway, wherever you go.
Some may not find it is their cup of tea, but hey, at least, you have seen Vegas in her true form and you can say, "Been there, done that" and tick it off your bucket list.

I have been to Vegas, and yeah, done that, definitely! :-)

And remember, Vegas, is a large, Wheel of Fortune, spin it around, and take in from all around the angles!