This is Vegas, Baby!

Dazzling and bright neon lights, flashing laser lights in the background, iconic and gaily dressed buildings, casinos, vibrant nightlife and buzzing crowds of hip partying people are all just the images conjured in the mind synonymous with the mere mention of the Sin City.

It leaves little to imagination as to how the term is coined in association with the city of Las Vegas; with the flamboyant introduction to the lively city.

The lively images spring to life at the very moment one enters the city; or shall I say, even as one approaches the city while greeted by the vast desert plains passing by in motion like moving slides one after another. 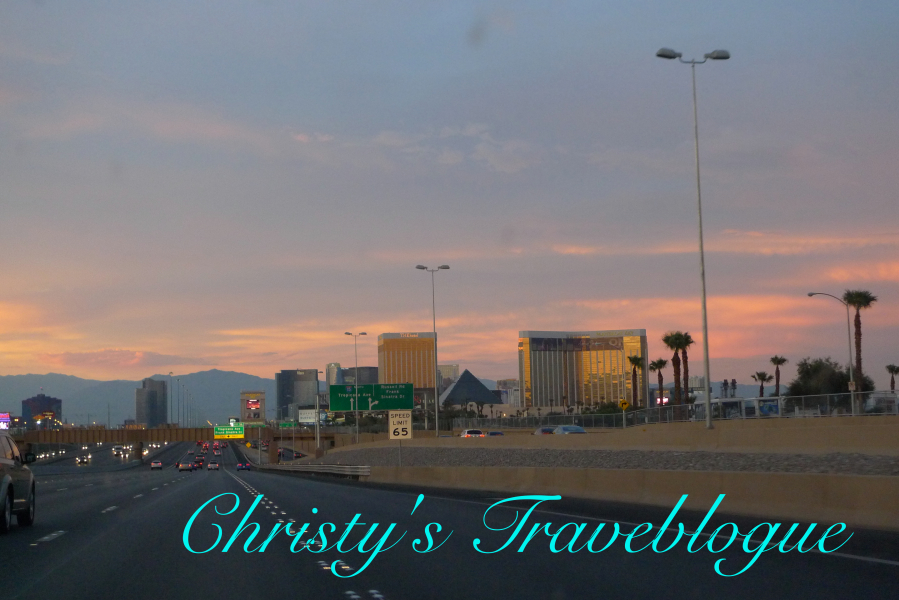 Las Vegas, or the Sin City, was very much as I had imagined it would be, or it could be, in a way, a little less than what I had hoped it would turn out to be.
Simply put, it did not defer much from its vivid description about the city and that sets the expectations right in terms of the first impressions of the city upon arrival and the bedazzling scenes of the life surrounded by casinos (yes, have you not heard?) and the happening entertainment shows, just to name a few. 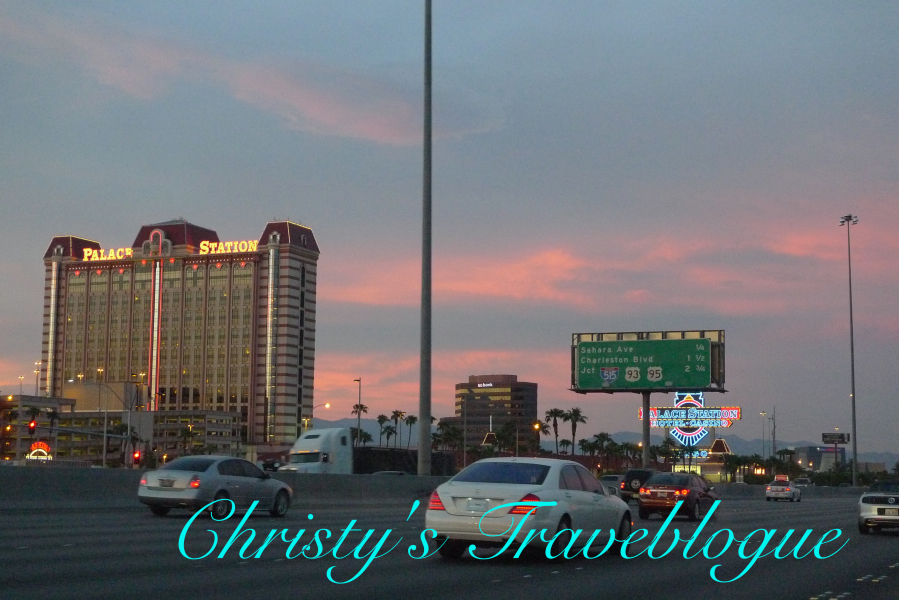 Heading to this buzzing city on a Friday evening just spells disaster, as traffic builds up with the average local Americans along the same coast making their way for a weekend getaway, though the moving traffic was probably something to be thankful for (compared to our horrendous traffic back home on Friday nights); so disaster at the start of this paragraph was just to create that picture to make an impression not to make this same mistake as me. 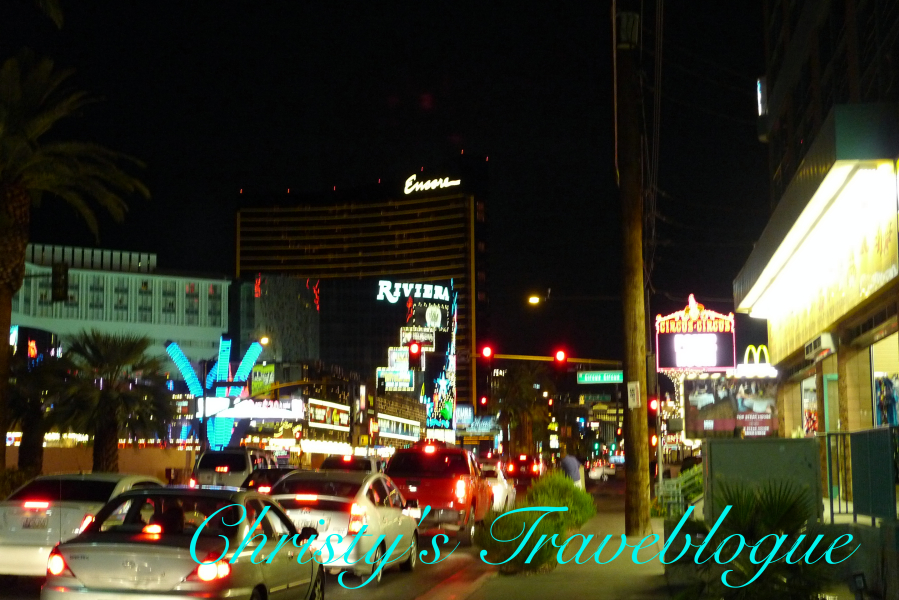 A trip to Vegas on a weekday would probably be better, if you are not an avid traffic fan, but then again, where's the fun when there's no buzz right? 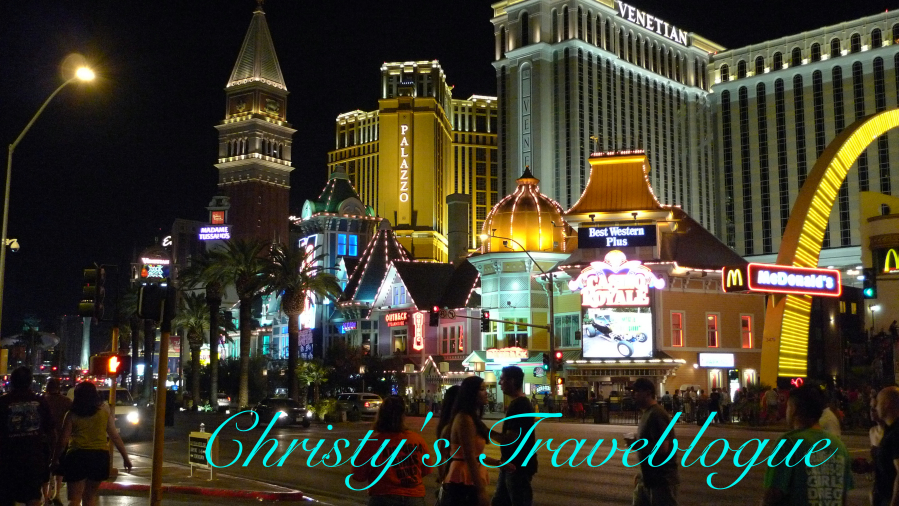 This city is just so happening that it leaves little to wonder if the people here ever get to sleep.

Loud music blaring everywhere, laser lights and crowds, just masses of people all around you are probably my very own descriptive experience of how I view the Sin City. 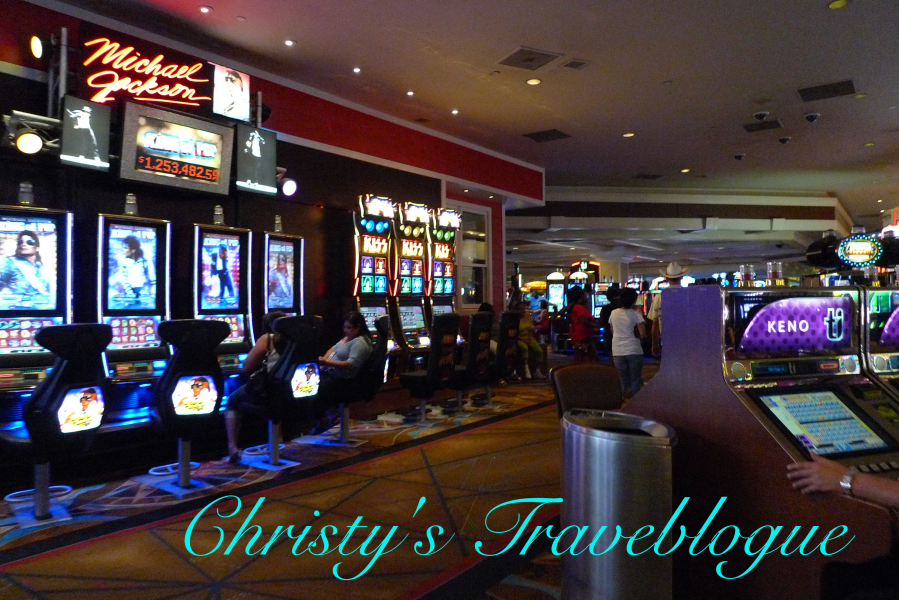 From the inviting covens luring you with big promises of lucrative fast cash where loud sounds from the machines and stacks of chips in hand blinds your judgment as you dreams of making it big (and not having to work anymore) to the bewitching prances of the waitresses serving the drinks and of course, the seductive and incredibly sexy moves of the professional pole dancers can just make one's jaw drop, literally (and I mean it in a good way), and all these surrounded by plenty of glasses clinking arounds. No prize for guessing what is in them, and they are definitely not juices or plain water, in case you are wondering. 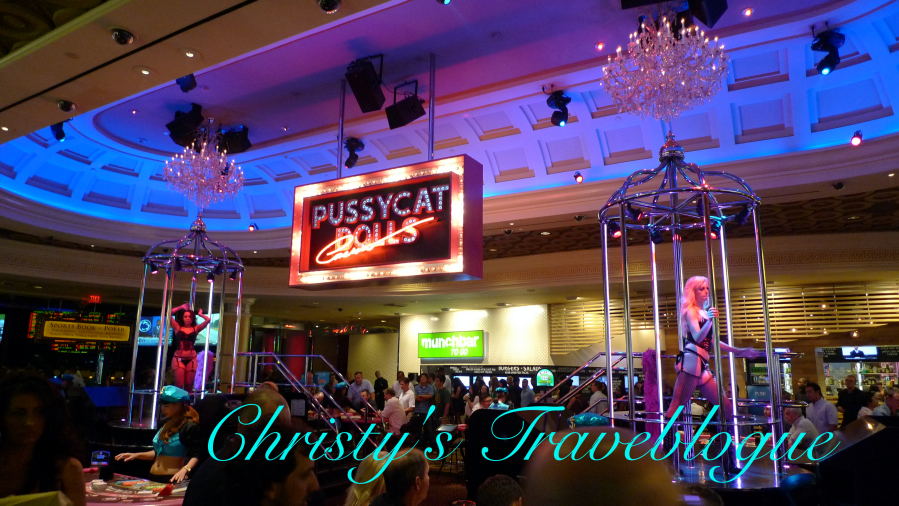 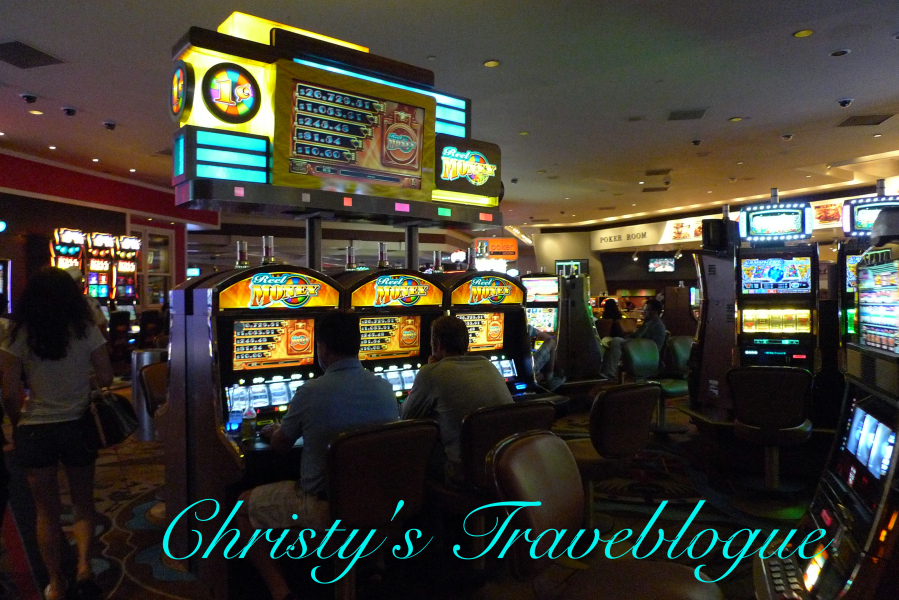 If you are still wondering why this is Sin City, well, maybe the word Sin may mean something else to you and you might want to refer to a dictionary or the Bible, if you may.

I would say it takes plenty and plenty of strong will to stay sane, and of course, saintly in this city surrounded by all forms of temptations.
You may not need to head for a canonization just yet, for if you are not into stuffs like these, like me, you could just enjoy a stroll in the city, taking in the atmosphere of this highly-publicized city and also experience for yourself the insights Vegas has to offer.

It probably is not my cup of tea, but an eye-opener it indeed was.

For all its high ratings of commercialization and over publicity, Vegas is not just a city for the faint-hearted.

It is truly an entertainment in its own form; as it stands with all the glaring lights from the menacing buildings guarding the city, slyly beckoning to those who dare to enter, and leave, proudly smiling that they have conquered the city and emerged undefeated by the traps of losing their entire fortune.
And of course, rather than calling it notoriously as a Sin City and just associating it with all those negative vices and vibes can be rather daunting for the poor city.

Take it with a positive style; and Vegas can just be as enchanting as it may appear as though one is about to step on unholy grounds.

For all it's worth, Las Vegas is definitely a happening city, and revel in the flamboyant lifestyles once you get past the crowds...Of course the crowds are just part of what forms that identity of the city.

From high end designer brands to luxurious restaurants, there is just endless to the temptations this city has to offer. 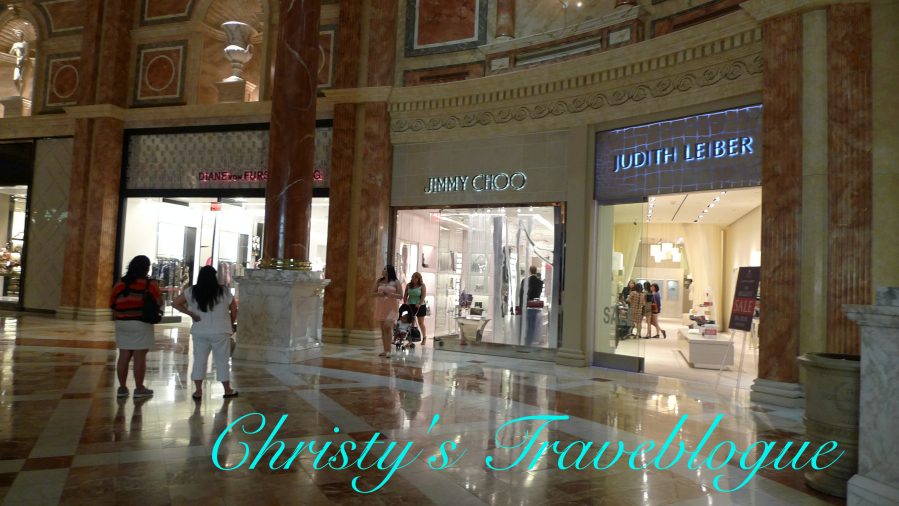 Imagine having a city filled with the full-sized and almost realistic replicas of world-famous landmarks (think Fontana de Trevi) or even a remake of the entire city in this city itself; that leaves many in awe as one could be wandering parts of Rome and then into the canals of Venice right here in Vegas. 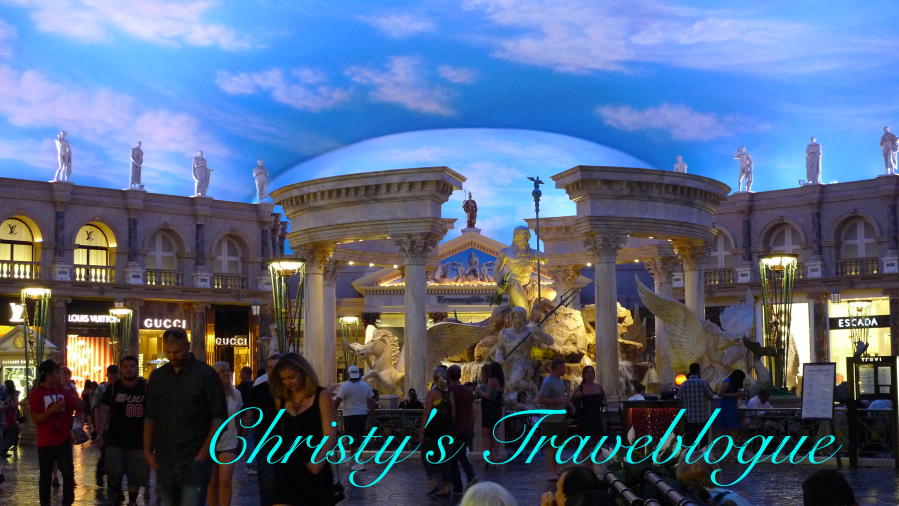 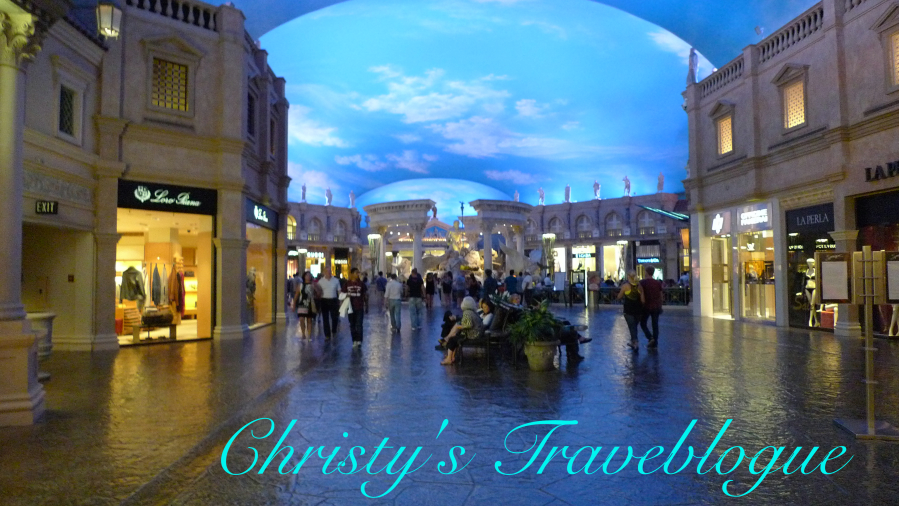 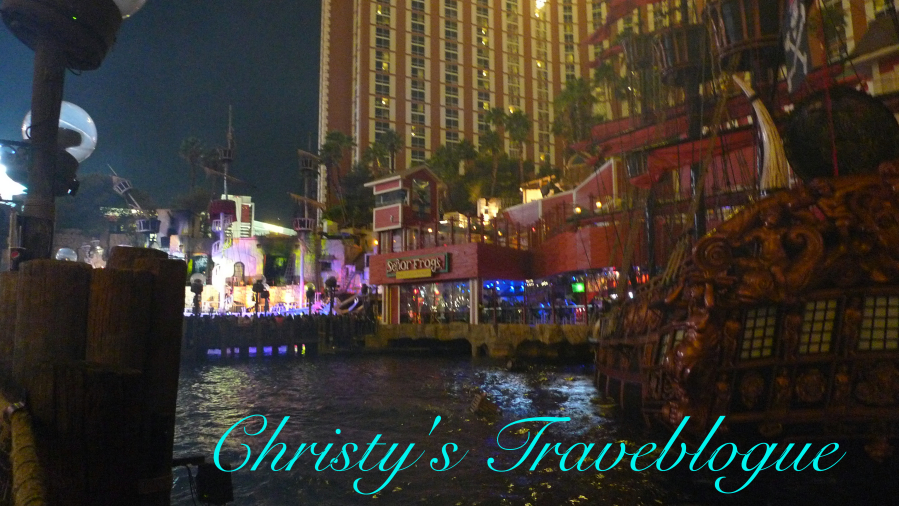 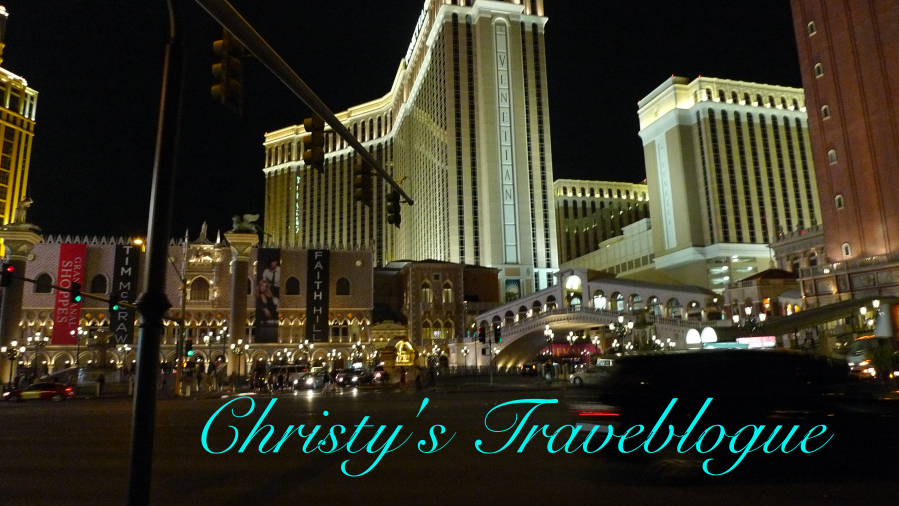 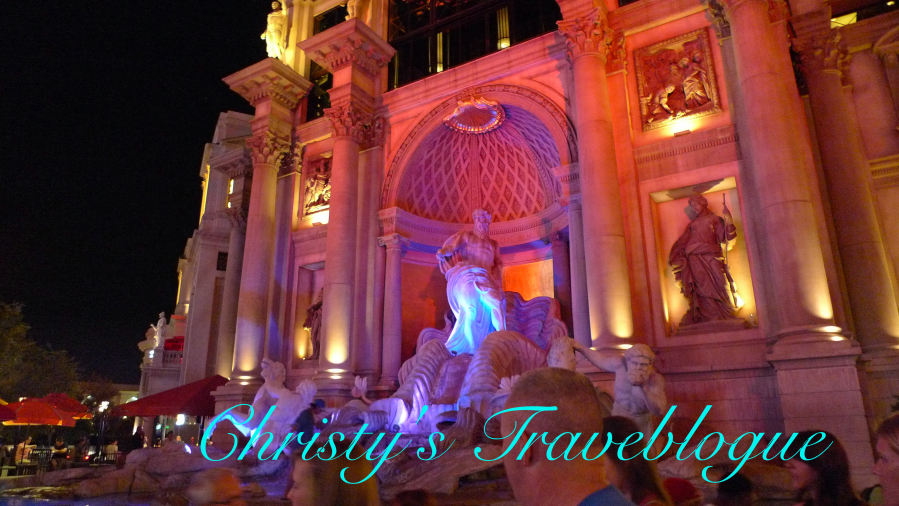 Traipsing the cities can be a rather captivating ride, and surrounded by the fashionable dwellers or entertainers dressed to the nines can indeed make one feel out of place; if you are here in casual form, you would definitely feel a little under-dressed among the party-goers and the stylish crowd.
After all, it is a Friday night and everywhere in the world, it just spells party night after a whole week of work.

Oh, and in case you didn't know, Las Vegas is also a place where you can get married instantly, and therefore, do not be surprised if you find brides and bridal entourage right in the middle of town.


Everything seems possible right here in this city and at a glance, it does indeed seem like a city where dreams can come true(depending on the right or wrong direction?), and in case you are still mystified, this is Vegas, Baby!


Disclaimer from author:
While it may seem like everything is like a dream, irresponsible behaviors and indulgence in illegal activities are still as they are, Illegal.

Posted by Christina Kim at 6:13 AM